If you ask youngsters about IRC they usually belive it is a government agency that collects taxes (Actually wrong, that is the IRS – Wikipedia:IRS)…

Well back in the 1990s when the internet was quite new there was no megaupload, rapidshare or edonkey. You’d get files from either private FTPs or search for stuff on certain “blackhat” (well kinda) IRC channels. 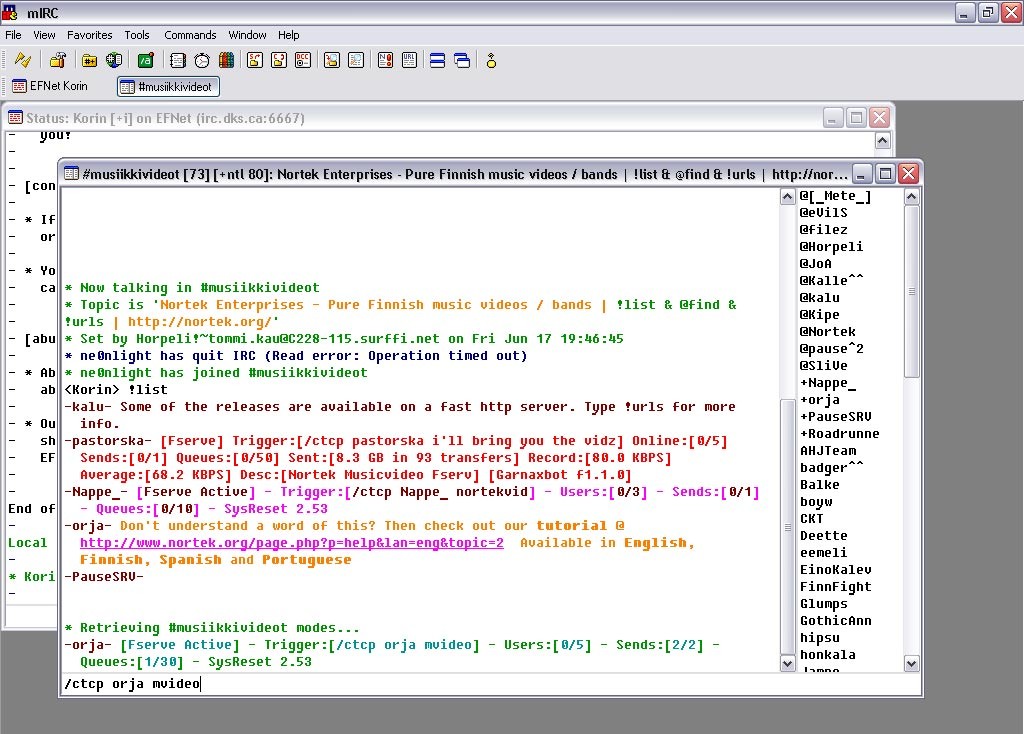 So in a nutshell you’d connect to IRC using your favorite client. For halfway sane users using Windows 95 or 98 in the 1990s that would have been mIRC with a nice addon script like “Invision”.

So you’d connect to a channel where you’d get your favorite stuff and just instantly download whatever you want (namely appz and games – movies and music were not compressed enough back in the days), right?

There were always dozens if not a hundred other people like you also wanting to download stuff. So you were queued. Being place # 139 in the download queue sucks, right? So wait for an hour or two until it’s your turn to download some files? No way, Jose!

So what’s the plan? Well most users were obviously using Windows 95 (or 98) and back in the days these did not come with the “automatic updates” feature, so there were loads of critical vulnerabilities in these. Another flaw was IRC itself as any direct request to another client would reveal the IP address of that computer – and unlike today these were not behind some neat firewall router thingy but directly connected to the internet via a modem. So screw them.

The whole solution was to abuse some common security flaws and send them a nice manipulated TCP package that would let their windows crash into an epic bluescreen. There was even a gui tool to do that back in the days called something like “WinNuke”. Well obviously it was rather easy to script since IRC would show all the cleints in queue in front of you. So you’d just “nuke” all of them and like 95% of them would instantly crash to death while losing their queue place, making the wait much shorter for me…

This site uses Akismet to reduce spam. Learn how your comment data is processed.